What is a plug valve?

What is a plug valve?

The plug valve is a valve whose opening and closing member (plug) is driven by the valve stem and rotates around the axis of the valve stem.

The plug valve is most suitable for shutting off the medium and dividing the flow. However, according to the nature of use and the erosion resistance of the sealing surface, it can be used in throttling conditions through special structural design and changing the shape of the channel of the plug. Because the movement between the sealing surfaces of the plug valve has a wiping effect, and can completely prevent contact with the flowing medium at the full start, it can usually also be used for medium with suspended particles. 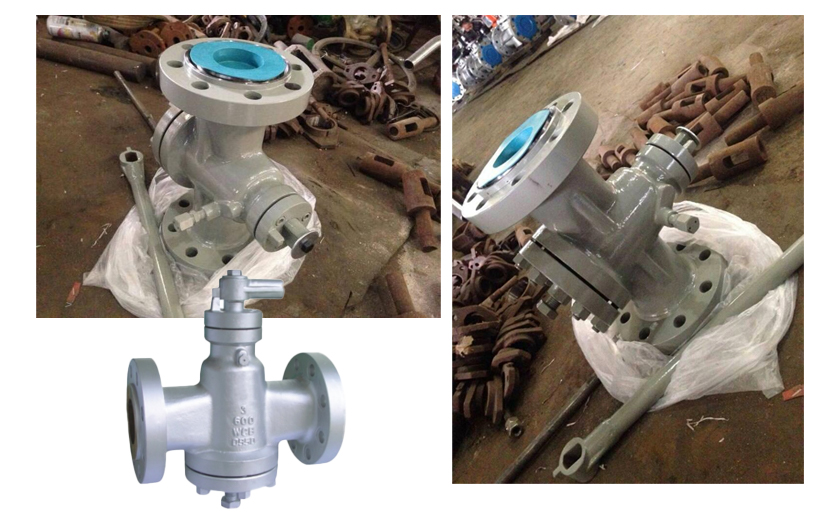 The characteristics and structure of the plug valve

One: the advantages and disadvantages of the plug valve

③ It opens and closes quickly, and the flow direction of the medium is not restricted. It is very convenient to open and close by simply rotating the plug by 90°.

②The sealing surface is a conical surface, which is large and easy to wear; It is easy to deform and get stuck at high temperature.

③Conical surface processing (grinding) is difficult, it is difficult to ensure sealing, and it is not easy to maintain. However, if the oil seal structure is adopted, the sealing performance can be improved.

Two: the structure of the plug valve

The plug is the opening and closing part of the plug valve, which is cylindrical or conical. Cylindrical plug have a rectangular or circular channel section, and conical plug have a rectangular, trapezoidal or circular channel section. These shapes make the structure of the plug valve compact and lightweight, but cause a certain pressure drop. If the shape of the channel of the plug is appropriately changed, the plug valve can be used as a flow control valve, and a good adjustment accuracy can be obtained.

The plug of the plug valve can be integrated with the valve stem, the top of the plug is machined with a square head, and the wrench can be put on to open and close.

For the conical plug valve, in order to ensure the sealing, the force must be applied along the axis of the plug to press the plug on the valve body, so as to form a certain sealing pressure between the sealing surfaces of the mesh body to achieve sealing.